​Many awards and selections to announce for Before! Nominations at the Berlin Short Awards include Best Actress, Best Ensemble Acting, Best Original Script, Best Female Director, Best International Short Film, and Best COVID-19 Film, along with 3 other nominations for the cast and crew. Atlanta Movie Awards nominated Before for Best Short Script and Best US Short. Texas Arthouse awards Before with a nomination for Best Film. Milan Arthouse also nominated them for Best Short Film. They also received Official Selection at the Kalakari Film Festival in India and Official Selection at the Toronto Film and Script Awards. Wow!! Congrats to the entire cast and crew!!

Catch the latest article with Gina from Indie Wrap Magazine in France!

Congratulations to Gina winning Best Actress in France at the New Creators Film Festival for Before!

Before has taken Best COVID-19 Short Film at the Phoenix Shorts Awards in Canada!

Gina was nominated for Best Actress, Best Screenplay, and Best Scriptural Integration, at the 168 Film Festival for her film Along the Way! Congrats cast and crew! 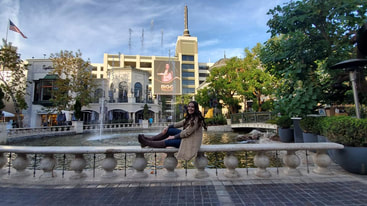 Gina played a role in the short film Sex Calendar and it just premiered! Click to watch it HERE!

Bonesteel has released a new music video and Gina stars in it! Watch it on Youtube HERE!

Have you seen Gina's billboards all around North America? Catch them in Los Angeles, New York City, Toronto, Atlanta, and Miami! If you catch her in any of the cities, send us the pic on Insta!

Every view on YouTube counts as a VOTE! Go watch Canadican on this YouTube link to help vote for Audience Choice!

Vote for Gina and Canadican in the San Diego Quarantine Film Festival! Click on this GOOGLE FORM and vote for "Canadican". This voting process ends on Sunday, July 12th!

COVID-19 blues got you down? Gina was a part of the Quarantine Short Film challenge. Watch her film Canadican which she made completely in quarantine! Click HERE! 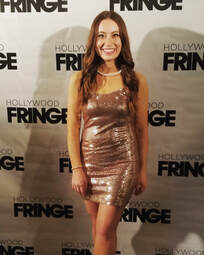 Read Red Deer Advocate's latest interview with Gina about her time on Once Upon a Time...in Hollywood  HERE!

Congrats to the cast of Once Upon a Time...in Hollywood as they take home 2 Academy Awards from last night's award ceremony in Hollywood!

Are you a fan of The Bachelor?  Gina's latest role is in The Bachelor Parody  playing Victoria F. from Pilot Pete's season! Go to her IGTV to watch her episodes from this season!

Congratulations to the cast of Once Upon a Time...in Hollywood as they receive 10 Academy Award Nominations today!

Catch Gina on the last episode for the winter season of TMI Hollywood! It films live in Hollywood. Buy your tickets HERE!

Did you catch Gina at the Teen Vogue Summit last week in Hollywood? The summit featured guest speakers such as Demi Lovato and Greta Gerwig.

TMI Hollywood's Season 10 continues with their Fall Premiere, Sunday, September 8th. Gina will be sharing the stage with Lidia Porto (This Is Us, Will and Grace, Fresh Off the Boat). The show films lives and you can be in the audience! Buy your tickets HERE!

Vote for Soci Circle to be screened at SXSW! You can vote HERE. It's quick and easy! Create an account and then click VOTE UP! Gina was a writer on this show!

​Gina will be performing Sunday, July 28th for TMI: Hollywood's 7th Anniversary Show!! She will be on stage with Laura Niemi (This Is Us) and Alan Loayza (Gilmore Girls). Buy your tickets NOW!

Tickets are NOW ON SALE for No Joke, running through June as a part of the Hollywood Fringe Festival. Buy your tickets HERE!

Congrats to Once Upon a Time in Hollywood for receiving a 6 minute standing ovation at Cannes. Watch for Gina! The film opens nationwide July 26th. Click HERE to read the article on Variety!

Grab your tickets for TMI: Hollywood HERE, to watch Gina perform LIVE on Sunday, April 14th at 8pm in Hollywood!

Heard about any BIG July film releases? You might be spotting Gina in one of them!

Watch Episode 4 of See Ya to catch a glimpe of Gina! Click HERE.

Watch and listen to Gina's handy flute work in Russ' The Flute Song!

​Season 3 of Tales of the Universe is out now! Here is Episode 1. 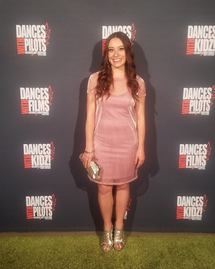 Congrats to Gina for booking TWO HUGE projects. We will share information as we can!
​Read the latest review on Soci Circle. The show gets compared to Mr. Rogers! Read the full article HERE!

Soci Circle won the Audience Choice Award for Dances with Kidz at the Dances with Films Festival! Congrats Gina!

This weekend, Gina attended the premiere of the television show Soci Circle, which she was a writer on! The show is for young girls, ages 6 and up.

Congrats to Gina who will be performing at the Atwater Playhouse in 2 shows, this upcoming summer!

Gina is joining the cast of See Ya! Stay tuned for air dates!

Listen to Gina fight it out on The Movie Standoff Podcast, promoting Amy Schumer's latest film, I Feel Pretty. 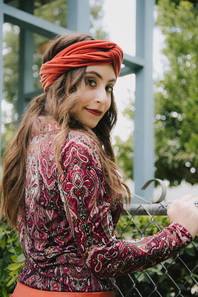 This month Gina adjudicated at the Fullerton College High School Theatre Festival, as well as, at the California Thespians Fest. What a blast with all of the younger future actors and actresses!

Gina attended the premiere of 2 of her films this weekend. Both Dream Flight and The Freedom Procedure have hit the big screens!

Congrats to Gina for booking a huge promo! Shhhh though!! It's got to stay secret for awhile!

​Tragedy Girls is OUT NOW. Available on iTunes, VOD, DVD, and Blu-Ray, worldwide!! Head to your TV to order, or jump onto Amazon!

Gina is excited to join the team of ToTu Dancer series as a Still Photographer. Season 2 to be released this year! 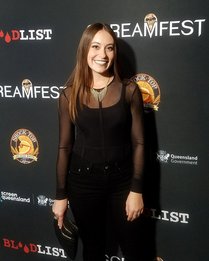 ​Gina is having fun working with Cirque du Soleil for their LA and Costa Mesa productions of Luzia: A Waking Dream of Mexico. Opens December 8th at Dodger Stadium and February 21st at the OC Fair and Event Center. Don't miss it!

Tragedy Girls comes out in LA & NY theaters Friday, October 20th, 2017! It will continue its releases throughout the following weeks in select theaters across the United States. Here is the list of ALL OPENING showtimes in the USA.

Take a listen to Gina's Interview on the Oh, You Didn't Know? Podcast with Tony Reavis. Available free on iTunes and YouTube! 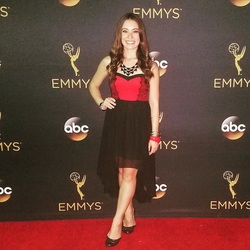 Tragedy Girls hits theaters on October 20th!! Make sure to get your tickets now! Gina was a part of the pre-production, production, AND post. Check out the trailer HERE!

It's been a busy summer for Gina! Stay tuned for updates on the films, Dream Flight, with Stephen Tobolowsky and George Wendt, as well as The Freedom Procedure with Mark Bloom and Jaymes Camery.

Check out the mini show Gina filmed for CryptTV! Make sure to LIKE the video on Facebook!

Gina has wrapped on a feature film and a short film this path month. We'll keep you updated on when they are released!

Sun Records finished a great Season 1. Let's hope CMT brings them back for Season 2! Make sure to tweet them saying you love the show!

Gina's latest Hip Dot video has gone viral! Have you watched it yet? Make sure to follow Hip Dot Kitchen so you're notified when Gina goes LIVE!

Did you catch Gina on Criminal Minds tonight? Make sure to watch Feb. 1, 2017's episode!

Watch for Gina guest hosting on Hip Dot this week! Make sure to follow their facebook page so you're watching when she goes LIVE.

Gina's Criminal Minds episode is tentatively set to air this January. Make sure to keep an eye out!

Sun Records on CMT premieres on February 23, don't miss it!

Gina finished a successful run of God in the Goat at The Underground Theater. Congrats Gina! 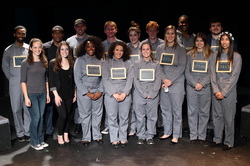 Congrats to Gina who was recently cast in a series about the 90's. Stay tuned for more information!!

​Watch Gina's co-star role as Katniss Everdeen on Fantasy Fitness, as a part of their 2016 Summer Olympic Specials! The episode was released during the Olympic Games in August! Click here to watch!

Check out Gina's latest short film, Me, filmed at Los Angeles Center Studios as a part of the US Performing Arts Camp. Click here to watch the film!
​
Gina was recently cast as Katniss Everdeen on Fantasy Fitness as a part of their 2016 Summer Olympic Specials! The episode will premiere this August, during the games! Check out the trailer here.

Congratulations to Gina and the cast of Revelation on finishing an outstanding run at the 2016 Hollywood Fringe Festival. Revelation was nominated for The Unleashed Award, an award recognizing ensembles that come together as one in order to create truly remarkable theatre with a fresh, thought-provoking approach to original or established works. Read the reviews here. Watch the FringeTV interview here.